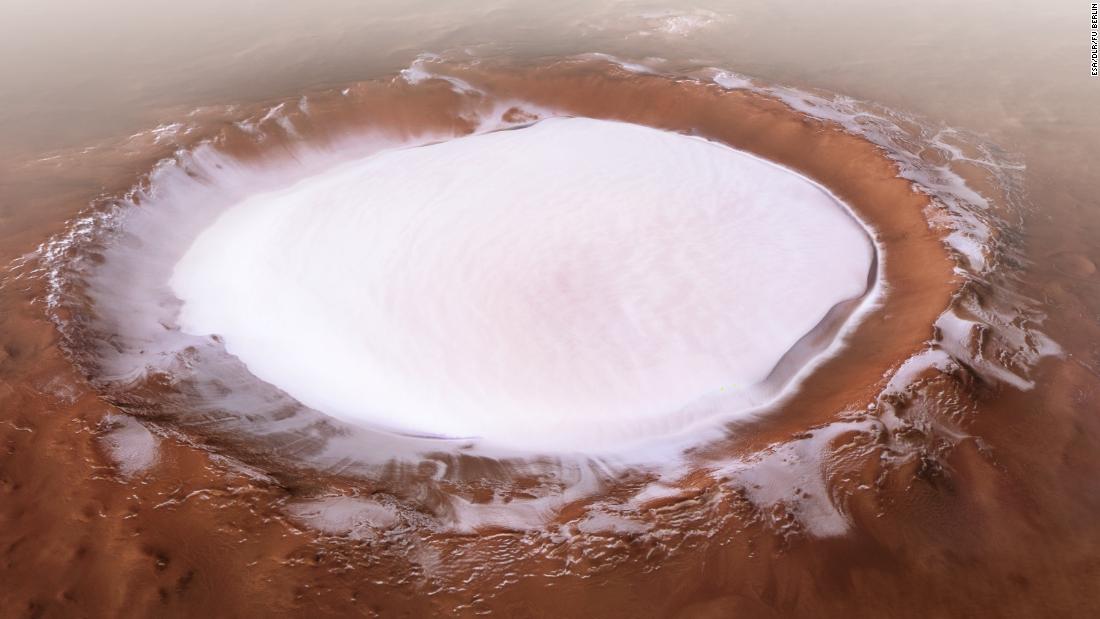 Earlier this year, the rover's tunable laser spectrometer, called SAM, which stands for Sample Analysis at Mars, detected the largest amount of methane ever measured during its mission.
SAM has also found that over time, oxygen behaves in a way that can't be explained by any chemical process scientists currently understand.
SAM has had plenty of time -- about six years -- to sniff and analyze the atmospheric composition on Mars. The data revealed that at the surface, 95% of the atmosphere is carbon dioxide, followed by 2.6% molecular nitrogen, 1.9% argon, 0.16% oxygen and 0.06% carbon monoxide.
Like Earth, Mars goes through its seasons; over the course of a year, the air pressure changes. This happens when the carbon dioxide gas freezes in winter at the poles, causing the air pressure to lower. It rises again in the spring and summer, redistributing across Mars as the carbon dioxide evaporates.
In relation to the carbon monoxide, nitrogen and argon also follow similar dips and peaks. But oxygen didn't.
Surprisingly, the oxygen actually rose by a peak increase of 30% in the spring and summer before dropping back to normal in the fall... 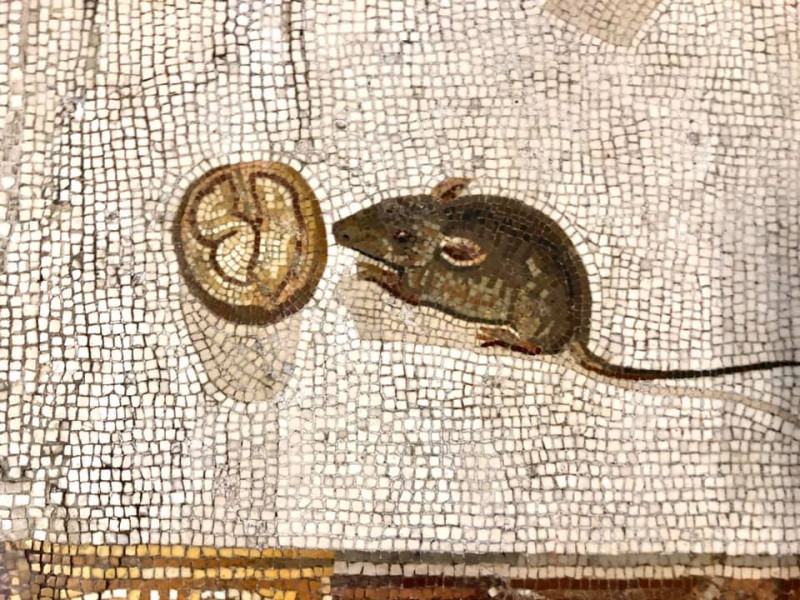 This splendid mosaic, made up of tiny pieces of glass and coloured marble once decorated the floor of the dining room of a villa on the Aventine Hill in Rome at the time of the Emperor Hadrian. The decorative theme is that known as asàrotos òikos, or "the unswept floor", created in the second century B.C. by Sosos of Pergamon and here by the artist Heraclitus, who has signed his name. The artist has created a floor which seems to be covered with the debris of a banquet, the remains that would normally be swept away: one can identify fruit, lobster claws, chicken bones, shellfish and even a tiny mouse who is gnawing a walnut shell. The solidity of the objects shown has been created by a clever use of colour to create shadows against the white background of the floor. Where the room would originally have had an entrance there is a design with theatrical masks and ritual objects; at the centre there is part of a complex Nile scene.